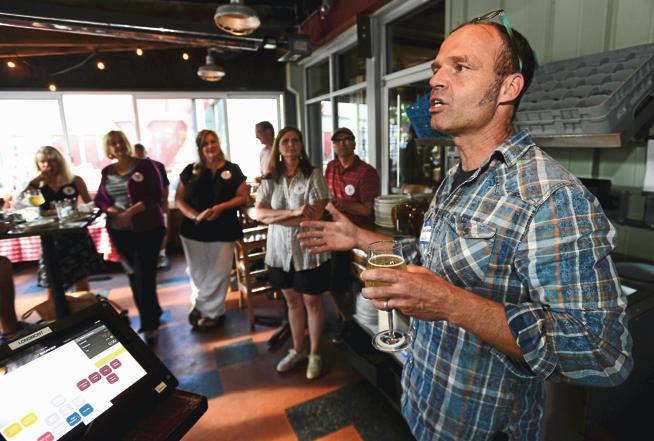 Boulder County Farmers Markets executive director Brian Coppom is leaving the organization to take a position with the Colorado Department of Agriculture as director of the loan program, according to a press release and letter sent to BCFM members .

Coppom was an executive director for eight years and is leaving for his new post in the state on Friday.

“Since the day I was hired, my passion and gratitude for this work has never diminished,” Coppom said in a statement. “It was inspiring to learn about the role local agriculture plays in our lives and how direct access to local producers is essential to the success of markets, as well as to the emotional and physical health of our communities. “

Coppom’s statement adds that markets are now part of his life and he looks forward to attending as a client.

In a letter to members on Monday, the Boulder County Farmers Markets board cited Coppom’s role in stabilizing the organization, overseeing growth in the markets and establishing a base for programs. increased access to food.

“As a Board of Directors, we assure you that the transition to interim leadership and possibly new leadership in the role of Executive Director will be a smooth one, as it is a constructive and collaborative effort based on basis of trust and shared passion for continued market success, ”the board wrote.

In the same email to members, Coppom said the organization is well positioned to enter its next phase.

“The commitment of suppliers who continued with the market until 2020, combined with the hard work of the staff and several grants that compensated for operating losses, allowed BCFM to start the 2021 market season in a situation financial stable, ”he wrote.

Boulder County Farmers’ Markets Financial Director Nancy Coppom will be interim executive director “in a reduced role, focusing on leading the amazing and strong staff and being the liaison with the board,” according to the mail. e-mail from BCFM’s board of directors to members.

The board will update the executive director’s job description and work with an outside organization to recruit and hire a replacement for the position, according to the email to members.