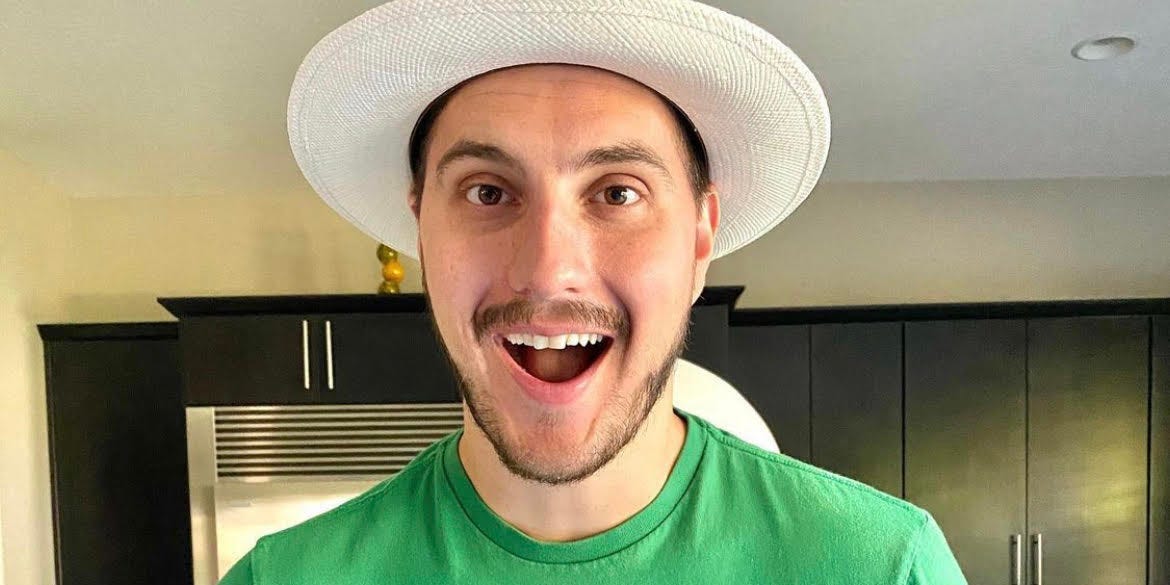 Jeremy Lefebvre, a DIY investor, built a portfolio of stocks worth nearly $ 200,000 at the age of 25 on the salary of a QuikTrip gas station manager. But, he told Insider, he was aiming higher than that.

“I’m not the type to write down goals,” says Lefebvre. “But I always had this thought in the back of my head: How cool would it be to be a millionaire at 30?” He didn’t have any specific plans for how he was going to get there, he said, but the thought was still there.

But, he knew he liked stocks. He enjoyed researching companies, investing in companies he believed would grow, and managing his portfolio. “I remember I used to walk past this desk while I was working at QuikTrip,” he says. “I remember thinking, ‘It would be so nice to have an office there and go out and invest in stocks all day. It was my dream. ”

Although he never ended up renting this office, the rest of his goals largely came to fruition. He became a millionaire on his 30th birthday and his life is now “literally focused on stocks”. At least his financial life is – he’s a father and husband too.

“I wanted to live my life my way,” he says. Through a combination of strategy and patience, his goal was achieved.

He invested time to create new sources of income

While Lefebvre, now 31, worked at the gas station, he also worked hard on the side to build a large portfolio of stocks. At 25, with his portfolio worth around $ 200,000, he decided he wanted to get into equity management full time. “For about a year, I focused only on stocks,” he says.

After about 12 months of that, in 2016, he decided it was time to go back to more traditional income-generating activities. So he started a real estate marketing company, JLBrandsProduction.

Living in Las Vegas, the closest clients he could get were in St. George, Utah, about a two hour drive away. Eventually he was able to recruit clients closer to home, but the start was slow. Despite many hours, he only earned about $ 20,000 in the first year.

Around the same time, he started a YouTube channel. “It was really, really slow to build too,” he says. He made around $ 300 that year on over 100 videos. “If you divided the number of hours I spent on YouTube in 2016 by the money I made … I could have done any job and made more.”

He quickly increased his income

Things started to be a little different in 2017, both for YouTube and its marketing company. By adding more accounts to JLBrands, he doubled his profits from 2016 and earned around $ 40,000.

But perhaps more excitingly, Lefebvre’s YouTube channel was starting to take off. He was making personal finance videos, and some were slowly being pushed by the YouTube algorithm.

Then he started a series called Three stocks that I buy. “It changed my channel forever,” he says. It was obvious that people not only liked the personal finance content but also the stock specific videos. “It’s like people choose where I am going to go over time.”

With each year and each new viewer, his income increased. In 2017, he made around $ 50,000 with YouTube. In 2018, its growth on the video-sharing site was exponential, earning it more than a quarter of a million dollars, according to files seen by Insider. It was also that year that he decided to focus fully on his channel, now earning far more than marketing.

He also created a 2018 online course, detailing how he selects stocks and manages his portfolio. In 2019, that surpassed his already high earnings thanks to his YouTube account. In total, he made more than $ 2 million from course sales, according to documents reviewed by Insider.

He strategically invested in individual businesses

While his income has increased dramatically in five years, investing his money has been the key to moving Lefebvre from a high income to a wealthy individual.

Investing in individual stocks has been a part of Lefebvre’s life since attending university, but with increased income he has been able to significantly increase his contributions. Not being tied to a traditional job also meant he could devote more time to research.

He keeps some of his money in a savings account

When it comes to his current expenses, he invests or saves most of his income. Working for himself means setting aside about 30% of his money for taxes – although living in Nevada offers the slight advantage in that no state income tax.

Another 20% goes to his expenses, and he reinvests the remaining 50% in his portfolio.

“Today I also keep money in a savings account,” he says. “When I worked at QuikTrip, I was about 90% invested at all times.” While his thought process then was to put as much money as possible in his wallet, he now keeps around 10-30% of his money in cash.

“Because the stock market can be so volatile, I always have a large amount of money on the sidelines ready to go,” he says. “So if the market goes down 10% next week I’m fine, or if a stock drops a lot I’m ready to buy that stock.”

Although he’s accomplished a lot, he says he’s still working towards new goals every day. He recently launched an app, Hungry bull, which allows users to track stocks, crypto, research stocks, listen to calls for results, and read a daily newsletter.

But his ultimate goal is to have money to donate. “If I’m lucky enough to live a full life, I imagine the last half of my life will be much more about giving money,” he says.

Payroll Companies Can Be Profitable For Small Businesses Finance