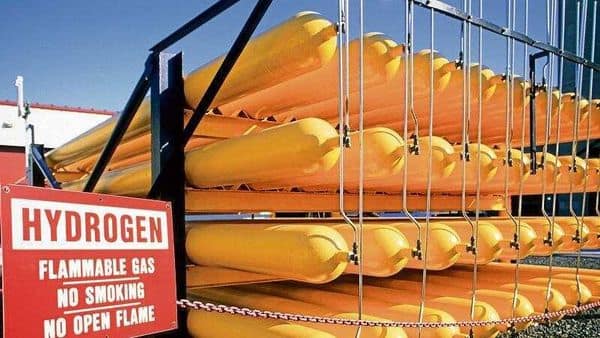 NEW DELHI: India and the United Kingdom have agreed on an “Action Plan for the Future” on electricity, clean transport, renewable energy, green finance and research in the framework of the 2030 roadmap.

This was discussed on Friday evening during the 3rd India-UK Partnership for Energy for Growth – Ministerial Dialogue on Energy and takes place ahead of the United Nations Climate Change Conference (COP-26), which will kick off on October 31 in Glasgow.

“The parties deliberated and agreed on a forward-looking action plan on clean electricity and transport, renewable energies, green finance and clean energy research as part of the 2030 roadmap, covering a range of topics, including smart grids, energy storage, green hydrogen, recharging infrastructure, battery storage and the need to mobilize investments in renewable energies as well as other proposals within the framework of ‘a multilateral collaboration,’ India’s energy ministry said in a statement on Saturday.

It comes as India and the UK plan to explore the possibility of creating a global green energy bank. The Green Climate Fund set up to provide developing countries with $ 100 billion a year by 2020 has not generated much interest in tackling climate change.

The 3rd India-UK Energy for Growth Partnership – Energy Ministerial Dialogue was co-chaired by Union Minister for Electricity and New and Renewable Energy, Shri RK Singh from the Indian side and MP Rt Hon Kwasi Kwarteng, Secretary of State for Business, Energy & Industrial Strategy (BEIS) on the UK side, “the statement added.

The UK previously announced a package of $ 1.2 billion of public and private investment in green and renewable energy projects and expressed willingness to work with India on green hydrogen.

Green hydrogen is produced by dividing water into hydrogen and oxygen using an electrolyzer powered by electricity from renewable energy sources such as wind and solar. This can be a game-changer for India, which imports 85% of its oil and 53% of its gas demand.

“The energy transition was a major topic of discussion in the dialogue and the Energy Ministers spoke in detail of the energy transition activities underway in their respective countries, with an emphasis on renewable energies, in particular solar energy. , offshore wind, storage, electric vehicles, alternative fuels, etc. The statement said.

According to the Union government, India is the only major economy with online actions to keep global warming below 2 ° C above pre-industrial levels and the only G20 country whose energy transition is in line with this goal.

“The Union Minister for Electricity and NRE have specifically detailed ambitious targets in areas such as green hydrogen, storage, offshore wind and the electricity market. He also hoped that the One Sun One World One Grid (OSOWOG) initiative launched by the Honorable Prime Minister could constitute a promising alternative to support the integration of renewable energies into the grid, ”the statement said.