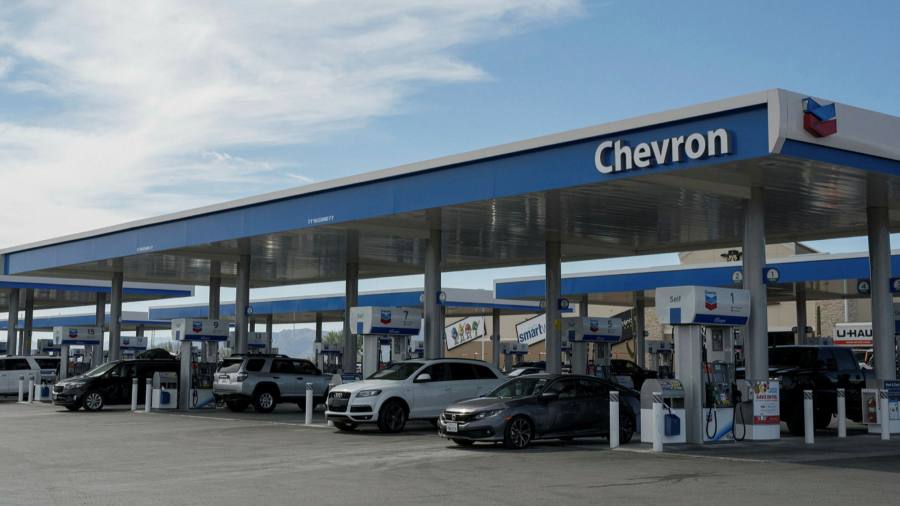 Personal consumption expenses: The PCE index is the Federal Reserve’s preferred measure of inflation, and the latest data will be followed closely ahead of the central bank’s policy meeting on November 3. The core PCE index, which excludes volatile components such as energy and food, is expected to have risen 0.2% in September after rising 0.3% in August, according to a Refinitiv poll by economists. This should bring the year-over-year increase to 3.7%.

Big oil: Investors will watch how the recent jump in oil prices to seven-year highs played out for ExxonMobil and Chevron, both of which are reporting earnings ahead of the Wall Street opening bell. Exxon is expected to post a net profit of more than $ 6.5 billion, a level not seen since 2016, according to Refinitiv. Chevron’s net profit is expected to reach over $ 4.2 billion, also its highest level in years.

Earnings in the United States: Newell Brands, the company behind Sharpie markers and Sunbeam devices, reports before the bell, as does Colgate-Palmolive. They are expected to join a growing list of companies highlighting the strength of consumer demand and the impact of supply chain disruptions. Royal Caribbean Cruises is expected to record a jump in revenue for its third quarter, when it was able to resume cruising in the United States after a long hiatus during the pandemic.

Consumer sentiment: The University of Michigan reading on consumer sentiment is expected to hold at 71.4 in October, unchanged from the previous month. Consumer confidence is believed to have been dampened in recent weeks and months by rising inflation, which is eroding purchasing power, but some economists believe that a historically high savings rate could still fuel the spending frenzy.

GDP of Mexico: Economic growth in Mexico is expected to have increased 6% on an annualized basis in the three months leading up to the September quarter, slowing from the 19.6% pace three months earlier, according to Refinitiv.

Colombian interest rates: The Colombian central bank is expected to increase its benchmark lending rate by 0.25 percentage point to 2.25 percent, keeping it in a cluster of Latin American economies that are raising rates in order to control inflation. The Banco de la República board of directors announced at the end of September the first increase in interest rates since 2016.