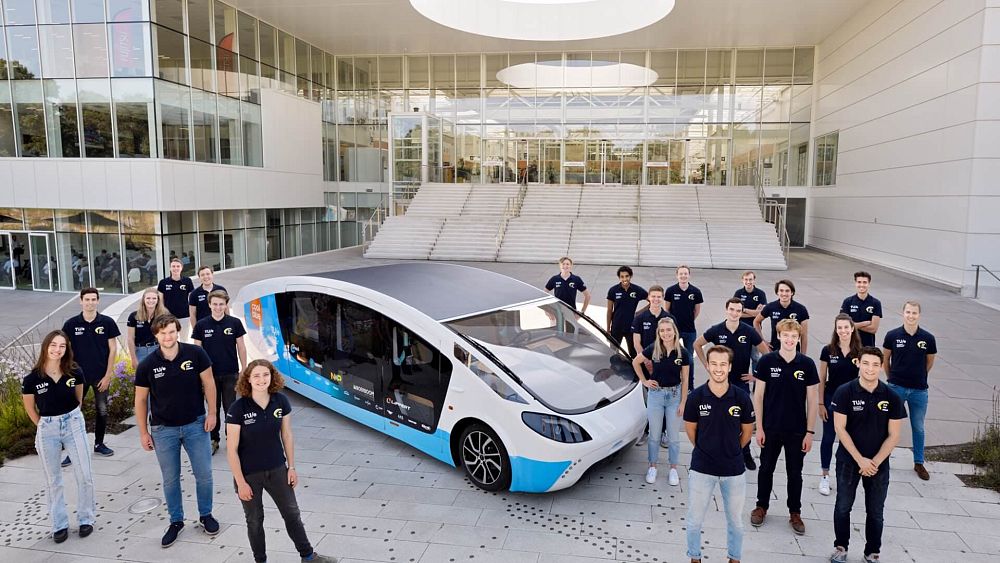 This week, a mobile home entirely powered by solar energy will travel thousands of kilometers across Europe.

Embarking on a journey from the Netherlands to the southern tip of Spain, he will take the students who came up with the idea of ​​the trip.

The return home vehicle can generate enough solar power to travel 730 kilometers on a sunny day and has been named Stella Vita by Solar Team Eindhoven.

Unveiling of the vehicle in a room full of students, explained Kjell Revenberg, team leader of Solar Team Eindhoven, “they are the future, the next generation and can encourage and accelerate the transition to a more sustainable future”.

The plan, according to Revenberg, is to accelerate this transition by inspiring as many people in Europe as possible during the 3,000-kilometer journey.

Solar Team Eindhoven will stop in towns along the way, hosting events and inviting passers-by to see how Stella Vita works.

Creation of an autonomous mobile home

With no external charging points or the need for fuel, the students say the vehicle’s solar panels can power anything on board.

And according to the accountant and financial manager, Kevin Smolenaars, the mobile home is completely autonomous in terms of energy.

“Thanks to solar panels on the roof, it is independent of the charging stations. The vehicle generates enough solar energy to drive, shower, watch TV, charge your laptop and make coffee, ”he explains.

With a shower, galley, sleeping area and cockpit, Stella Vita can also be extended when parked to provide space to stand up comfortably. When the roof is raised, more solar panels can be deployed, doubling the solar area to 17.5 square meters.

This is not the student’s first creation. Since developing their first prototype in 2013, earlier projects have included the first road-approved five-seater solar car and its successor. Stella lux, a car that produced more energy than it consumed.

While technically not yet equipped with all of the necessary safety features to be considered road legal, reviewers have described Stella Vita as an interesting test for future technology.

“We know solar power on moving vehicles is not ideal, but a stationary deployable system is something that could be very valuable,” writes Electeck editor-in-chief Frank Lambert.

Solar panels are emerging as a familiar addition to mobile homes and trailers, but the technology that has the power to provide fully autonomous renewable mobile vehicles is still in its infancy.

The students began their month-long trip through Europe on September 19.

The seductive promise of decentralized finance

The CMS will not take any enforcement action for the payer-to-payer data exchange in the May interoperability rule.