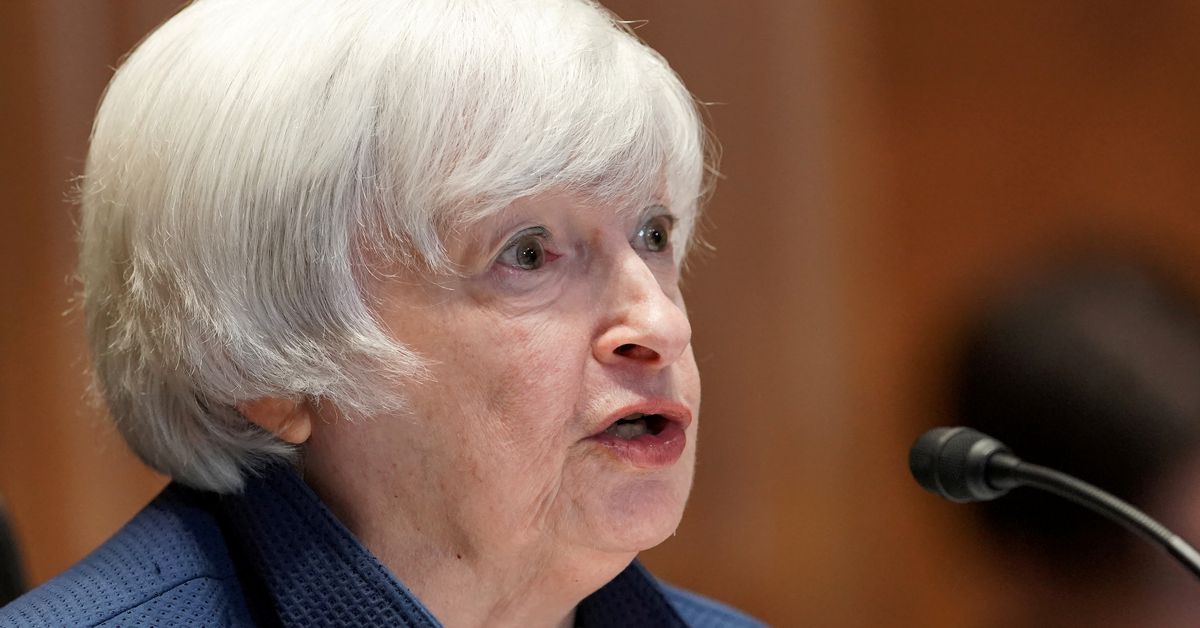 “We need sustainable sources of income that are not based on additional taxation of workers’ wages and the exacerbation of economic disparities that we all are committed to reducing,” Yellen said in prepared remarks for workers. Eurogroup finance ministers.

“We need to put an end to corporations that shift their capital income to low-tax jurisdictions and to accounting tricks that allow them to avoid paying their fair share.”

A race to lower taxes must end, she said.

Irish Finance Minister Paschal Donohoe, who chairs the Eurogroup of Eurozone Finance Ministers, maintained his reservations on a global minimum corporate tax rate during a meeting with Yellen, his spokesperson said. word.

Donohoe told reporters he “told Secretary Yellen that Ireland remains very engaged in the process, engaging constructively with the OECD” on taxes.

The European Commission said on Monday it would delay its own planned levy on digital services to focus on the global tax deal, the final details of which are to be agreed in October.

The EU has come under pressure from the US administration, which wants existing national taxes on digital services to be repealed as part of the global overhaul of cross-border business taxation. Read more

Yellen said the budgetary response of the EU and its members to the COVID-19 pandemic had been “decisive and unprecedented”, with a swift response also from the European Central Bank. But G20 finance ministers warned over the weekend that the rapid spread of COVID-19 variants threatened a strong global recovery. Read more

“I think we all agree that the uncertainty remains high. In this context, it is important that the fiscal stance remains favorable until 2022,” Yellen said.

Yellen also called on European governments to join Washington in pushing back “malicious behavior” from China and Russia and abuses in Belarus.

“Together, we must counter threats to the principles of openness, fair competition, transparency and accountability,” said Yellen. “These challenges include China’s unjust economic practices, its malicious behavior and human rights violations, the Lukashenko regime’s continued abuses in Belarus, and Russia’s continued and growing malicious behavior.”